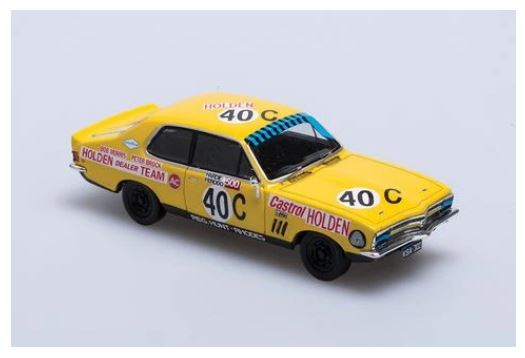 HOLDEN LC TORANA GTR XU-1 #40C DRIVERS: BOB MORRIS / PETER BROCK 1970 HARDIE FERODO 500 LIMITED EDITION OF TBA PIECES Biante Model Cars are very pleased to present the 1:43 Scale Holden LC Torana GTR XU-1 driven by Bob Morris and Peter Brock in the 1970 Hardie-Ferodo 500. After tackling the might of the Ford Motor Company with its 350 cubic-inch engined Monaro GTS 350 in 1969 at Bathurst, Holden went back to the drawing board for 1970. Armed with a simple philosophy, Holden Dealer Team manager Harry Firth reckoned it best to go down a completely different path to the GTHO Falcon and avoid trying to 'out-GTHO the GTHO'. His plan was that smaller was better and the result was the six-cylinder Torana LC GTR XU-1 around which he would plan the General's Bathurst assault for the 1970 Great Race. The cars would aim for results on the back of superior fuel economy and less wear and tear on vital components including drivelines and most important of all, brakes. Effectively it became a 'David versus Goliath' battle on the race track. And part of that three-car plan for Bathurst would be an entry for an all-female combination - Sandra Bennett and Christine Cole - to compliment the lead cars of Colin Bond (driving solo) and young tear aways Peter Brock and Bob Morris. The 186-cubic inch six-cylinder was good for 160 horsepower (119 kilowatts) once the HDT had worked on the engine and featured triple carburetors and a modified cylinder head to the GTR version it had begun with. Front and rear spoilers, limited slip differential, thicker brake pads, a larger radiator, revised suspension settings and a big bore exhaust system all helped turn the tiny Torana into a Bathurst starter. With classes for Bathurst still set by cost, the Torana would take on the two-barrel Pacers in Class C of the race, while the GTHO Falcons were the outright runners in Class E. In the case of the HDT's #40 Torana entry for Brock and Morris (recognisable in period photos by its registration plates 'KSA 302'), the car qualified over five seconds slower than pole man Allan Moffat in sixth overall and led Class C when teammate Bond was forced to the pits. But the Brock/Morris car was also headed for pit lane with engine issues on a day where Ford ended up claiming the top two positions. "We went into our first Bathurst with the XU-1 full of confidence," Firth told Australian Muscle Car in a special edition years later. "We knew the Fords, particularly the works cars, would be faster than us in qualifying. We also knew that we could race all day at our qualifying pace and the Fords would have to come right back to us in race trim. "In the race valve failures in both our cars brought the whole thing undone. It was a combination of the drivers over revving the engines and a simple manufacturing fault. "I explained to Bob Morris to use 6400 rpm on Conrod maximum, but not all the time. There was a misunderstanding and Bobby thought I meant he could rev it to 6400 all the time. So that's what he did and it dropped a valve. We changed cylinder heads on both cars and kept running." Brock and Morris ended up finishing 37th overall, 23 laps down on eventual winner Moffat, but the six-cylinder Torana program would ultimately end up culminating in victory two years later when Brock claimed his first of nine wins in 1972. Morris, of course, also went on to further success, claiming the 1976 Bathurst race and the 1979 Australian Touring Car Championship after a season-long battle with Brock. The 1970 Hardie-Ferodo 500 was the only time these two Bathurst greats shared a car in the Mount Panorama classic. This 1:43 Scale replica will be produced in an exclusive limited edition with a numbered Certificate of Authenticity and will be presented in our clear acrylic display case with stamped base. It forms part of the Biante Motor Racing Legends Series and it's one that 1:43 Scale collector's shouldn't miss. Colour: Yellow 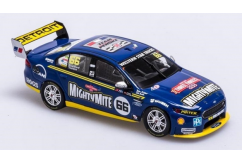 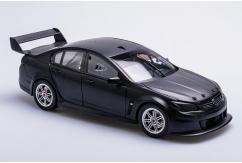 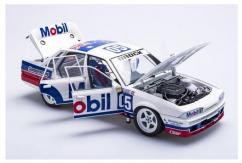 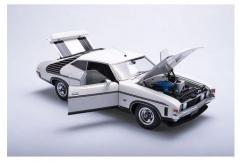