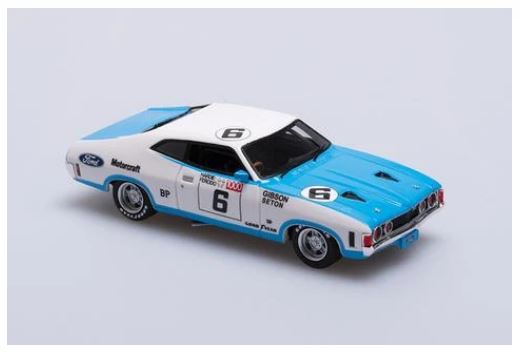 Enter your details and we'll be in touch when Biante 1/43 1973 Ford XB Falcon GT Hard Top is back in stock.

FORD XA FALCON GT HARDTOP #6 DRIVERS: FRED GIBSON / BARRY SETON 1973 HARDIE FERODO 500 LIMITED EDITION OF TBA PIECES Biante Model cars are very pleased to present the 1:43 Scale Ford XA Falcon GT Hardtop driven by Fred Gibson and Barry Seton in the 1973 Hardie Ferodo 500. After four years of its Falcon GT-HO forming the basis of its contender at the annual Hardie-Ferodo 500 at Mount Panorama, Bathurst, Ford changed tact for the 1973 race with its two-door XA GT. After the 'Supercar Scare' of 1972 had cancelled plans for the Phase Four GT-HO, Ford were able to still introduce a range of items it had been planning for the doomed car and run them in its XA GT Falcons of 12 months later. For 1973 the rules changed in Aussie touring car racing, where the previously separate rulebooks that governed 'Series Production' and 'Improved Production' were merged into what became largely known as 'Group C'. Ford prepared two blue and white factory XA GTs for the Australian Manufacturers Championship, the #9 car for Allan Moffat and the #6 version for Fred Gibson. Gibson won the opening round at Adelaide International Raceway on the car's debut in the wet, while Peter Brock and Colin Bond's XU-1 Toranas ran 1-2 in the Sandown 250. Engine problems sidelined some of the top Falcons, including Moffat, with Gibson the best finisher in third, one lap down after pitting early to replace a deflating tyre. Bathurst in 1973 was quite different for all of the teams - and not just because of new cars including the XA GT Falcons. After 10 years as a 500 mile race, the Mountain classic became a 1000 kilometre race over 163 laps, making co-drivers necessary for the increased distance. Ford paired Barry Seton with Gibson in the #6 entry, re-uniting them after driving together at Bathurst in 1968 and 1969 for the factory team, while Ian Geoghegan joined Moffat in the #9. Gibson qualified the #6 Falcon seventh on the grid with a 2m38.2s lap, just under six seconds away from the gun pole time set by John Goss in his McLeod Ford-entered XA GT. The Falcons had newly-homolgated four-wheel disc brakes for Bathurst as well as new Globe magnesium alloy wheels and on-board air jacks - quite a funky feature for the time period! Gibson started the race in the #6 as he and fellow Falcon pilots Goss, Moffat and John French led the Toranas in the early laps. But the 1967 winner Gibson would not even make the first pit stop when his V8 let go at Skyline after just 17 laps. "When mine blew up I knew exactly what had happened and I just said to 'AM' (Moffat) on his first stop 'mate you've got to drop the revs down a bit and nurse this engine home,'" Gibson told Australian Muscle Car magazine some years later. Moffat and co-driver Geoghegan survived the 1000-kilometre race, eventually winning clear of the chasing HDT Toranas of Brock/Doug Chivas and Bond/Leo Geoghegan. It would prove to be the farewell to the Mountain of Ford as an official entrant and car preparer given it withdrew from the sport at the end of 1973. This 1:43 Scale replica will be produced in an exclusive limited edition with a numbered Certificate of Authenticity and will be presented in our clear acrylic display case with stamped base. It forms part of the Biante Motor Racing Legends Series and it's one that 1:43 Scale collector's shouldn't miss. Colour: Blue 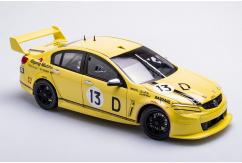 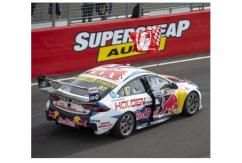 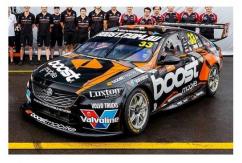 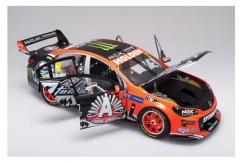