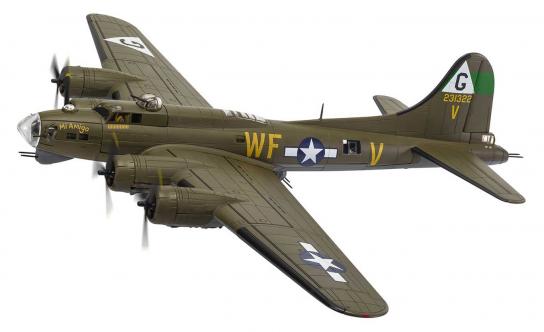 At the beginning of a year which would mark the 75th anniversary of the D-Day landings, a tragic wartime event which occurred at a public park in Sheffield on 22nd February 1944, would receive significant national media coverage and commemorate the sacrifice of the men of the US Eighth Air Force. The crew of B-17G Flying Fortress 'Mi Amigo' had just taken part in a bombing raid against the Luftwaffe airfield at Alborg in Northern Denmark and having come under sustained attack by flak and Luftwaffe fighters, fell out of formation and made for home. With several crew members injured and radio/navigational equipment not working, the aircraft struggled to find a relief landing airfield in low cloud and found itself over the city of Sheffield at low altitude and with damaged engines – they needed to put the aircraft down and quickly.

The bomber was heard to circle the area of Endcliffe Park for some time, before a change in engine tone immediately resulted in the aircraft plummeting to the ground, crashing on to a wooded bank at the far end of the park and the tragic loss of all on board. Nobody on the ground was injured in the incident and it has been reported that the crew were waving children playing on the park away from the area, fearful that they may be injured by the stricken bomber. What is certain is that the crew of 'Mi Amigo' averted what could have been a catastrophe for the city of Sheffield and paid the ultimate price as a result. One of over 12,700 B-17 Flying Fortress bombers built during WWII, 42-31322 would leave the production lines at Boeing Seattle in October 1943 and embark on a tour of several locations across the US, where various additional items of internal equipment could be fitted, prior to its journey to Britain and the European Theatre of Operations.

Travelling the hazardous Northern Route, which included stops in Newfoundland, Greenland, Iceland and eventually Scotland, the aircraft eventually arrived with the 305th Bombardment Group at Chelveston on 30th January 1944. Once the bomber was assigned to a crew, they gave it the name 'Mi Amigo', meaning My Friend in Spanish, suggested by bombardier Lt. Melcher Hernandez, who had Spanish heritage and hoped the name would endow their aircraft with good luck – it met with the approval of the entire ten man crew. The crew had been assembled from right across America and following completion of their individual training programmes, came together at Geiger Field, Washington, for intensive training as a group, in preparation for posing overseas and war. 'Mi Amigo' would take its place in a concerted Allied bombing campaign intended to diminish Germany's ability to wage war and specifically to prepare the way for the forthcoming Allied invasion of occupied Europe – D-Day.

Produced under licensed. (Vehicle/Aeroplane Models) the distinctive logos, product markings, and trade dress are all trademarks of The Boeing Company. 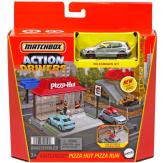 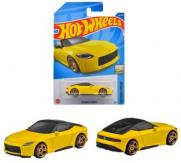 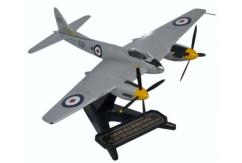 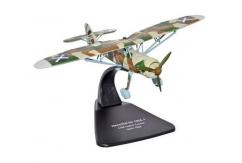 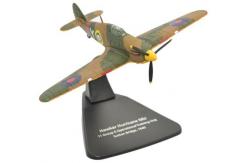 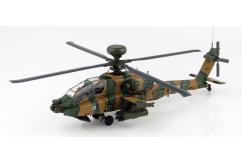 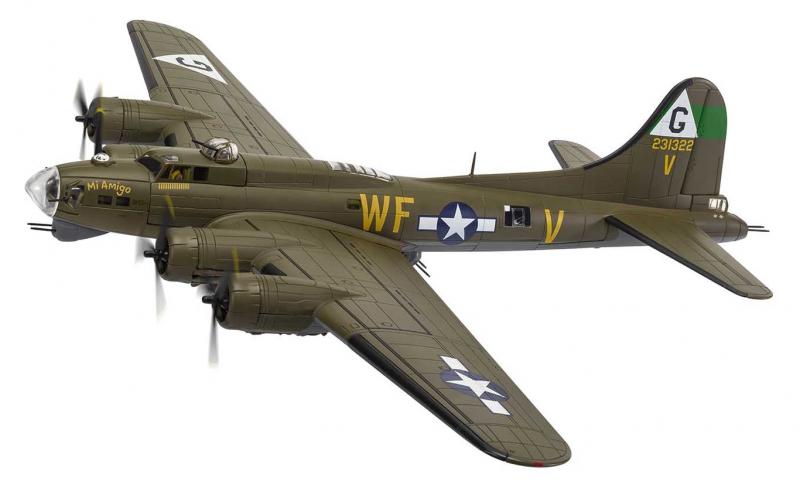